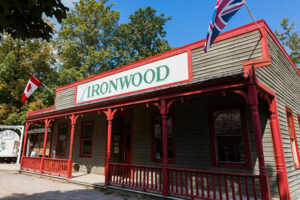 Westfield Heritage Village Conservation Area is both a living history museum and a conservation area. As one of Ontario’s most fascinating historical destinations, it boasts a stunning collection of over 35 historical buildings that have been restored to capture early Canadian culture and is nestled against the backdrop of 204 hectares of conservation land featuring woodlands meadows and trails.

Historical buildings are not open on a daily basis, but visitors may walk through the Village, and enjoy hikes seven days a week. On special and event days, a selection of buildings will be open along with costumed interpreters providing demonstrations and guided tours.

More about the conservation area. D. Glenn Kilmer and Golden (Goldie) L. MacDonell, two Brantford high school teachers, purchased 30 acres in October, 1960 at the site which later became Westfield heritage Village. They envisioned a unique project which would develop a pioneer village as a non-profit educational institution to preserve and present the 19th century rural life in Upper Canada. Their vision became a reality when Westfield was officially opened to the public on June 15, 1964.

Westfield Heritage Village is owned and operated by the Hamilton Conservation Authority. 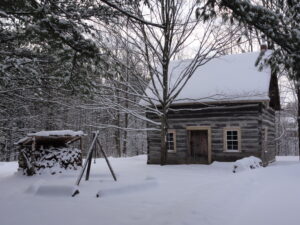 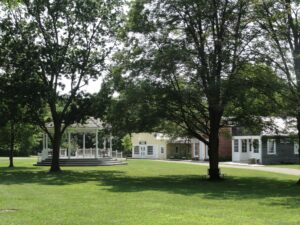 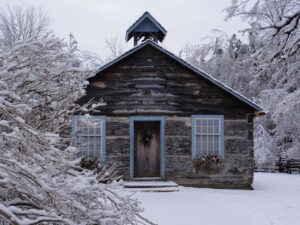 Reserve now for Christmas in the Woods 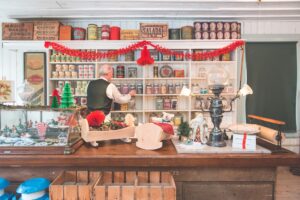 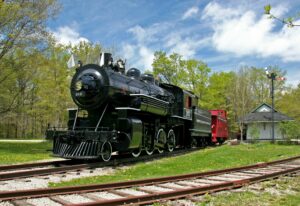 All Aboard!  Locomotive 103 Fundraiser

Signup For Our Newsletter!